HomeAbout Us Certification and Awards

The granting of Primaniyarta Award is an annual agenda of the Indonesian Government through the Ministry of Trade Directorate General of National Export Development. 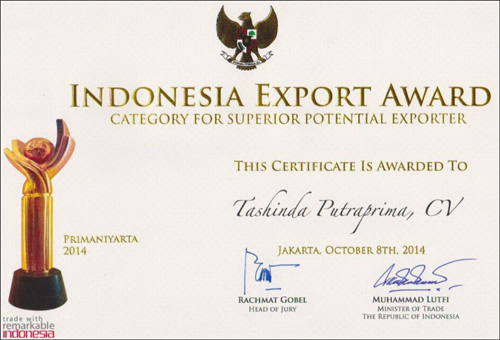 Lets become the Inspiration for others.

We are the Runner Up Winner for Sustainable Design Competition 2007 conducted by SENADA.

Again, CV. Tashinda Putraprima received Primaniyarta Award by the Government of the Republic of Indonesia for the second time, 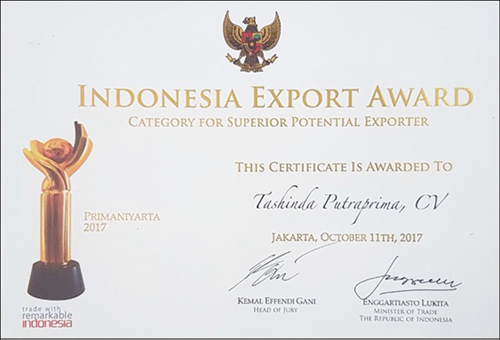 Upakarti award is the highest award given by the government to those who have been dedicated to doing something extraordinary in the development of SMEs. CV. Tashinda Putraprima received The Upakarti for Pioneering Services category. 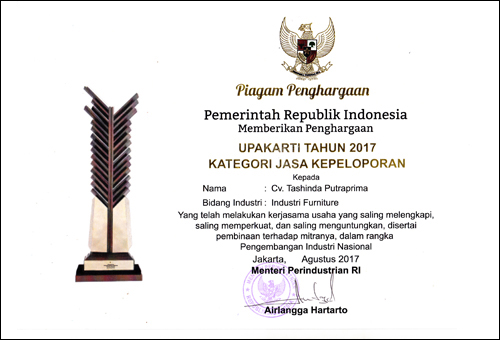